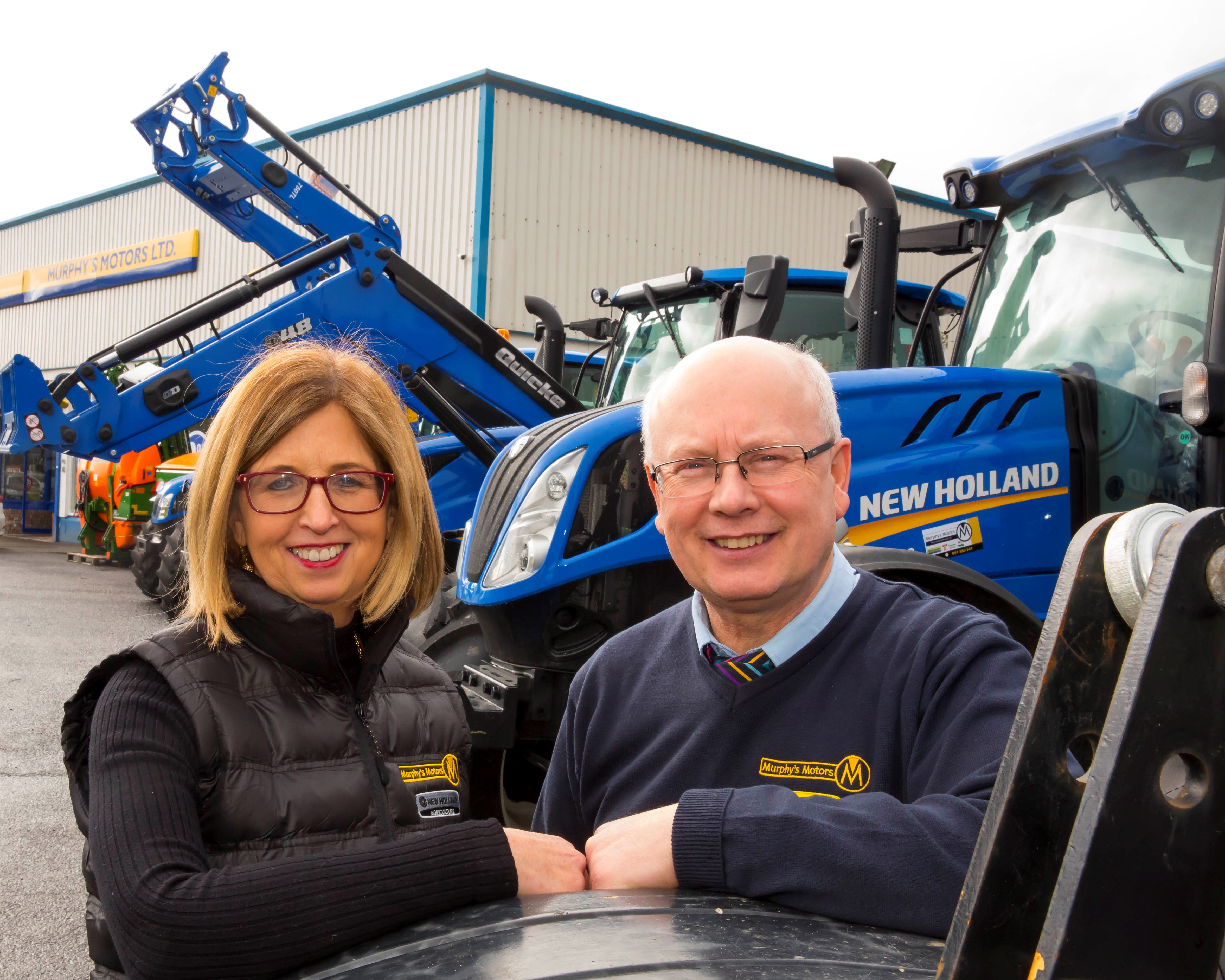 !
We, Dick and Bernie, are the third generation of the Murphy family to be involved in running the family business, originally established in 1960. Now 58 years on and still going strong, having navigated the waves of multiple booms and busts, we are honoured to be acknowledged with such an esteemed industry accolade. We are also extremely grateful to the fantastic and dedicated team we have around us. It simply doesn’t happen without them, and New Holland highlighted this by citing the work of our staff in the parts, service, after-sales and sales departments as being central to our success.
The team at Murphy’s Motors is dedicated to providing top-class customer service with a particular focus on after-sales. To this end, we have introduced modern technology into the business and have continually invested in training. We also put a lot of work into promoting and building awareness of our offering. As such, it’s fantastic to win this award and reap some of the benefits of the team’s hard work. However, it won’t stop here. It’s onwards and upwards. We’ll keep raising the bar and moving with the times, and we will always strive to reach new milestones.
All that remains is to sincerely thank our valued customers for their continued support and every single member of our team. THANK YOU ALL!